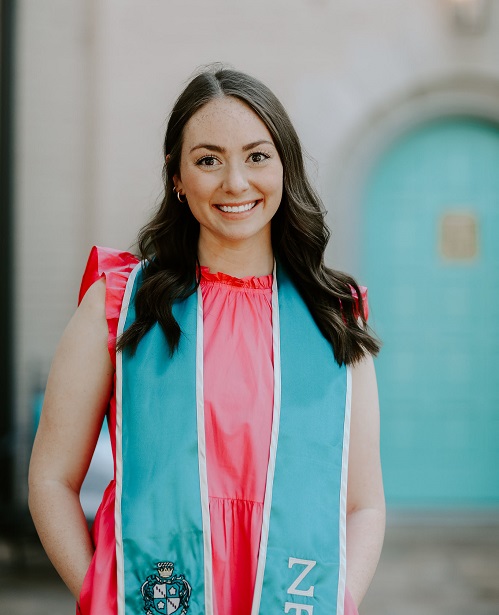 Our majors are a pretty impressive bunch, so choosing one as our department's "Outstanding Senior" is always a tough pic for our Scholarship Committee.  This year, the honor goes to Sydney Smith from Tulsa, Oklahoma.

A Political Science and Marketing double-major with minors in History and International Business, Sydney also earned a General Honors Award through the OSU Honors College.  During her time at Oklahoma State, she served as a Senator in the Student Government Association and as the Executive Director for Alumni Ambassadors.  She was selected by the OSU Alumni Association to serve as a President’s Partner - an exclusive leadership organization that exists to serve the university president at various networking events.

During the summer of 2020, Sydney also served as a legal intern in the Office of the Solicitor for the Federal Labor Relations Authority in Washington, D.C.

When asked about what she enjoyed studying most about political science, Sydney answers:

"...the breadth of knowledge this field presents. Contrary to popular belief, political science is not just about government and policy issues. Political science teaches us about the way people make politically-minded decisions, why they make them, how those actions and decisions affect the state or society as a whole, and the importance of politics for a functioning society.

"Studying political science at OSU has given me the tools to think critically, collaborate with my peers, and utilize academic skills in a real world setting. I know that the tools I gained in my political science courses will benefit me long after graduation!"

In the fall, Sydney will be attending law school at Southern Methodist University.  She plans to study corporate law, with the goal of eventually practicing as a mergers and acquisitions attorney.  We wish her all the best as she moves on to the next stage of her professional life!