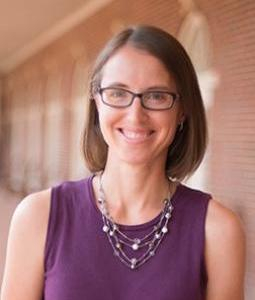 Dr. Eve Ringsmuth earned a BA from Washington University in St. Louis and received her PhD from the University of Minnesota in 2009. She studies judicial politics and American political institutions and teaches courses on these subjects. Her research has been published in outlets such as  American Politics Research, International Studies Quarterly, Judicature, Political Behavior, and Political Research Quarterly. She is the 2013 recipient of the Arts and Sciences Junior Faculty Award for Scholarly Excellence, was named the 2018 Professor of the Year by the Oklahoma Political Science Association, and in 2020 received the Regents’ Distinguished Teaching Award from Oklahoma State University.

Her co-authored book, It's Not Personal: Politics and Policy in Lower Court Confirmation Hearings, examines how senators use lower court confirmation hearings to advocate preferred policies and increase their chance of re-election while also performing one of their core constitutional functions.