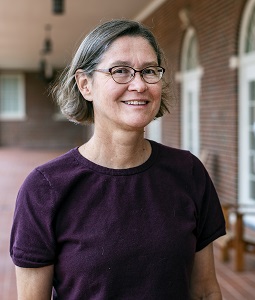 Rebekah Herrick got her PhD from the University of Nebraska in 1991. That same year she was employed by OSU, where she has been ever since. Her main research interests focus on issues of representation broadly defined. More specifically, in recent years her research has focused on issue of violence against women politicians, how elections effect turnout, particularly among underrepresented groups, and the political behaviors of indigenous Americans.

She has published five books and her work has appeared in The Journal of Politics, Social Science Quarterly, Legislative Studies Quarterly, American Political Research, and State Politics and Policy Quarterly as well as several other more specialized journals such as Politics & Gender, Politics, Groups and Identities, and The Journal of Homosexuality. Her research has recently been featured on the London School of Economics blog and the New York Times.