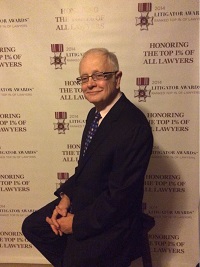 During the 2016 Spring Semester, four students pursuing their undergraduate degrees in Political Science worked with Attorney (and OSU alum) Paul Bohannon to gain valuable real-world experience. These students, Leah Anderson, Isabel Mulino, Aaron Sharp, and Savannah Titus, worked as part of aninternship program to provide research assistance to Mr. Bohannon and his law firm.  This project gave hands-on research experience to our students, each with plans to attend law school or pursue a career in consulting.

The specific project they work on focuses on the suitability of several planned mega-hydroelectric dams that threaten to flood large areas, displacing residents and creating new ecological and environmental issues in Myanmar, a country on the path towards a democratic transition. When describing the internship, Mr. Bohannon stated that “…this project offers a rare opportunity to view history in the making and to help influence a new democracy’s success.”

The students are receiving internship credit for this semester, but each has already indicated they would like to remain part of the project through its completion in January 2017, which is beyond graduation for at least one of the students.

Mr. Bohannon, an alumnus of the university and the political science program, has been providing environmental crisis management advice for 40 years.

When asked what the experience has been like working with our students, Mr. Bohannon stated, “the students have researched the various political, military, militia, construction investors and bankers, as well as World Bank policies. They have identified approaches for the client NGO’s to consider, such as interfacing NGO’s social media with the newly created free press.”

One of the students working on the project, Isabel Mulino, was actually the recipient of the 2015 Annual Bohannon Political Science Award for Excellence in Political Science Studies, and has enjoyed getting to work with the alumni who helped financially support her undergraduate studies.

Paul Bohannon and his wife, Sharon, reside in Houston.  After OSU, he obtained a law degree from SMU.  His law practice focuses on natural resource related disputes, primarily in the environmental and pipeline context.  A good amount of his work involves coordinating the competing interests of landowners, communities and industry.  He recently served as facilitator for the development of an improved citizen’s environmental participation program in Mongolia.  This required a clear understanding of the theoretical and practical political environment of the federal government, and negotiations with several government agency Ministers, NGO’s, academia, the national labor union, the environmental service industry, the judiciary, the mining industry, and Nomadic and urban citizens.  To start the effort, he provided an interactive seminar for these various representatives as part of an international symposium on the issue, sponsored by FK Norway.

Paul’s older son, Brent, is a graduate of Eckerd College (St. Petersburg, FL) and the Appalachian School of Law (VA).  His younger son, Weston, is attending the U.S. Naval Nuclear Power School (SC), pursuing a nuclear engineering degree from MIT as part of that training.  Paul and Sharon enjoy motorcycle riding and beaches.  He believes that his political science and philosophy training at OSU provided an important footing for his successes in the court room.