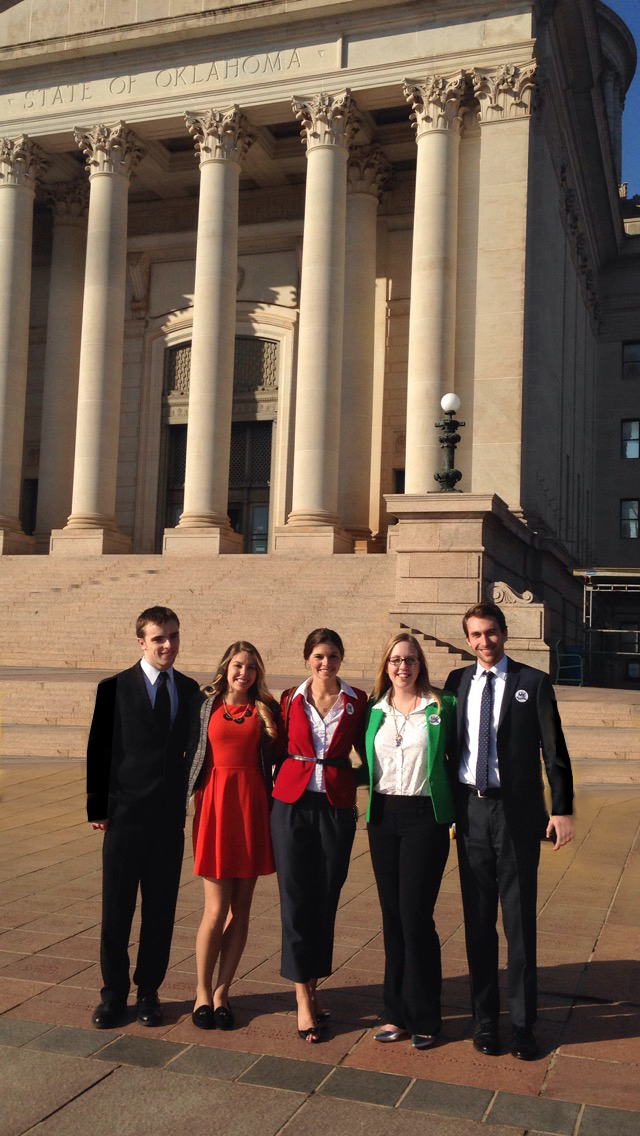 Members of the OSU Chapter of Pi Sigma Alpha at the state capital during Oklahoma's Higher Education Day.

Pi Sigma Alpha, the National Political Science Honor Society, is an "upper division, specialized" honor society for undergraduate and graduate students of political science in the United States. At present, there are over 600 Pi Sigma Alpha chapters on campuses across the country. Pi Sigma Alpha is a member of the Association of College Honor Societies.

Membership in Pi Sigma Alpha offers students the right to wear honor regalia at graduation, participate in a national student conference, and compete for a prestigious internship scholarship, graduate school scholarships, and best paper awards.  Local chapters may also apply for activity grants (up to $2000) to help fund special events and activities on campus.

To become a member of the OSU chapter of Pi Sigma Alpha, complete the Application Form and return to the Political Science main office.

Undergraduates must be junior standng or above and have completed at least ten semester-credits of work in political science.  One of these courses must be upper-division, and they must maintain an average grade of a B or higher in all political science courses. They must have achieved an overall GPA of 3.23 for juniors and 3.273 for seniors.  Students need not be political science majors to qualify for membership.

Faculty Membership: Members of the faculty of the Political Science Department, including emeriti members, are automatically eligible for membership.

Honorary Membership: Chapters are entitled to award two honorary memberships per year to any person of recognized ability and achievement in the field of political science.